What is Cyber Security

The meaning of the term cyber security has evolved in recent years. Cyber security is a collection of technologies, processes & practices designed to protect networks, computers, programs & data from attack, damage or unauthorized access. In other words, Cyber security is security applied to computer devices such as computer & smartphones as well as computer networks such as private & public networks including whole internet.

Traditionally, computer facilities have been physically protected for three reasons: 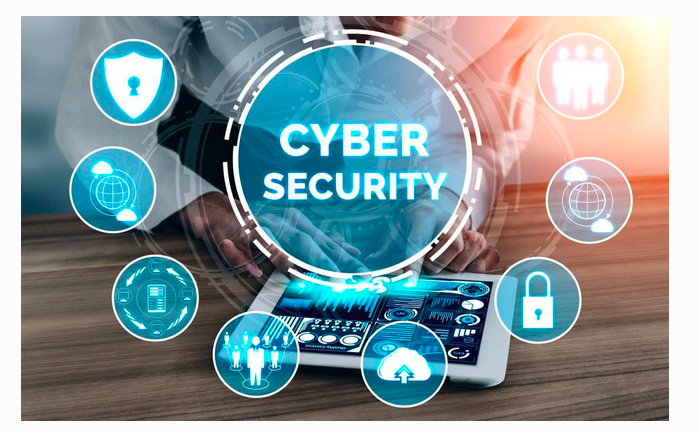 Cyber security can be divided into the following types:

It is the practice of securing a computer network from intruders. It consists of the policies, processes, detect and monitor unauthorized access, misuse, modification, or denial of a computer network and network-accessible resources. It involves the authorization of access to data in a network, which is controlled by the network administrator.

It focuses on keeping software and devices free of threats. A compromised application could provide access to the data, it is designed to protect in the first place. Successfully security begins in the design stage, well before a program or device is even deployed.

It protects information from unauthorized access to avoid identity theft & to protect privacy. Major techniques used to cover this are: Identification, Authentication & Authorization of user & Cryptography.

In includes the processes & decisions for handling & protecting data assets. The permissions users have when accessing a network & the procedures that determine how & where data may be stored or shared, all fall under this.

It is process that includes performing risk assessment, establishing priorities, developing recovery strategies in case of a disaster. Any business should have a concrete plan for disaster recovery to resume normal business operations as quickly as possible after a disaster.

It addresses the most unpredictable cyber security factor: Anyone can accidentally introduce a virus to an otherwise secure system by failing to follow good security practices. Teaching users to delete suspicious e-mail attachments, not plug in unidentified USB drivers & various other important lessons, is vital for the security of any organization.

It is a weakness which allow an attacker to reduce a system’s information assurance. It is the intersection of three elements:

To exploit vulnerability, an attacker must have at least one applicable tool or technique that can connect to a system weakness.

It is a method of bypassing normal authentication, securing remote access to a computer or obtaining access to plain text, while attempting to remain undetected. It may take the form of an installed program or could be a modification to an existing program or hardware device. It may also system’s fake information about disk & memory usage.

Unlike other exploit, Denial-of-service attacks are not used to gain unauthorized access or control of system. A denial of service is a attack, it meant to shut down a machine or network, making it inaccessible to its intended users.

An unauthorized user, gaining physical access to a compute, can perform many functions, Install different types of devices to compromise security, including operating system modification, software worms, keyloggers & listening devices. The attacker can also easily download large quantities of data onto backup media, for instance a hard disk, DVD or portable devices such as pen-drives.

An exploit is a piece of software, a chunk of data, or sequence of commands that takes advantage of a software “bug” or “glitch”, in order to cause unintended or unanticipated behavior on computer software, hardware or something electronic. The terms exploit generally refers to small programs designed to take advantage of a software flaw, that has been discovered, either remotely or locally.

It is an attack launched by a third-party computer. By using someone else’ computer to launch an attack, it becomes far more difficult to track down the actual attacker.

Learn About Cyber Crime & its Categories

The term cyber crime can be defined as criminal activity directly related to the use of computers, specifically illegal trespass into the computer system or database of another, manipulation or theft of stored or online data & data. It can also be defined as any crime with the help of computer and telecommunication technology with the purpose of influencing the functioning of a computer or computer system. In general, cyber crime refers to any crime that involves a computer and a network. 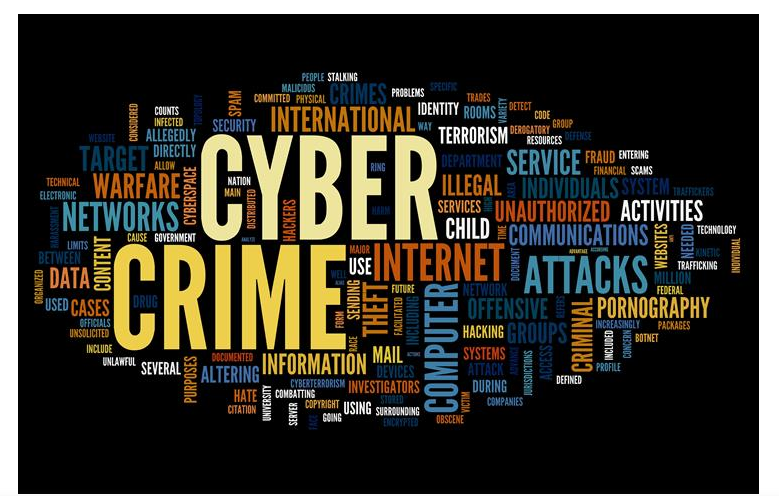 The various acts that come under the categories of cyber crime are:

It is the gaining of access(wanted or unwanted) to a computer & viewing ,copying or creating the data without the intention of destroying the data or maliciously harming the computer.

It is the creation of e-mail message with a forged sender address.  Distributors of spam often use spoofing in an attempt to get recipients to open & possible even respond to, their solicitations.

it is a relatively new technology which uses the short message service, available on most mobile phones & personal digital assistants, to set who the message appears to come from by replacing the originating mobile number(Sender ID) with alphanumeric text.

It schemes are one of the chief ways in which people end up with their identity stolen & a computer full of viruses. A phishing scheme starts when we receive an e-mail from a website claiming to be our bank or credit card company. Many times, when we visit these sites, spyware, adware & viruses are automatically installed on our computer.

It happens when fraudsters access enough information about someone’s identity such as name, date of birth, current or previous addresses to commit identity fraud. It can take plan whether the fraud victim is alive or dead.

The use of electronic communication to bully a person, typically by sending message of an intimidating or threatening nature, is an activity that is on the the rise among urban areas & common among students & fellow employees.

It is irrelevant or unsolicited mail sent over the internet, typically to large numbers of users. for the purpose of advertising, phishing, spreading malware etc. It is also known as a junk mail.

It is the act of internet terrorism in terrorist activities, including acts of deliberate, large-scale disruption of computer networks, especially of personal computer attached to the internet by the means of tools such as computer viruses.

It also called IT Law, is the law regarding Information-technology including computers and Internet. Cyber Law is related to legal informatics & supervises the digital circulation of information, software, information security & E-commerce.

When the emphasis was on the need for cyber law, then it was imperative to implement an IT law in India. Thus,the IT Act,2000 or also known as the Indian Cyber Act or the Internet Law came to force in India.

The Objective of information technology laws in India is as follow: 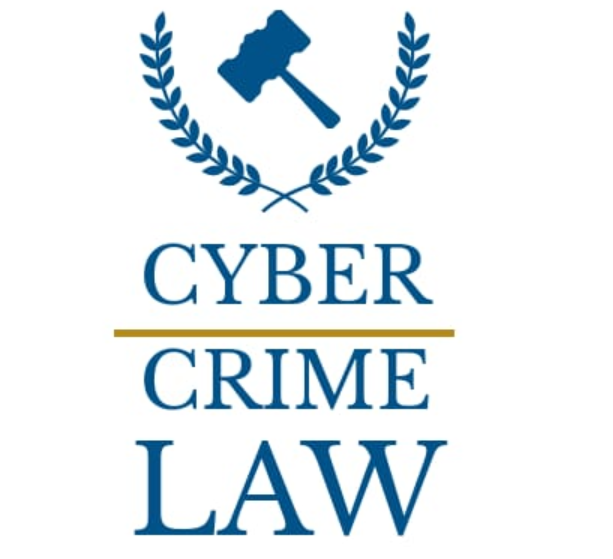 The following points are effective in preventing cyber crimes: 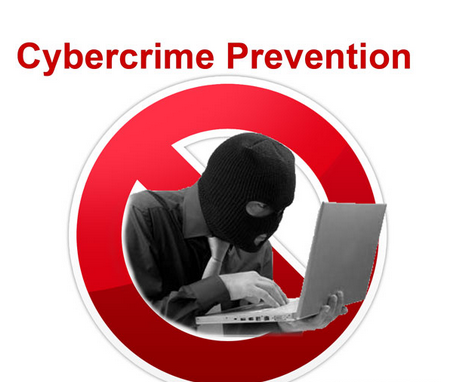 If any cyber crimes happens, one must first report it to parents, school authorities & ten to police.

To report a cyber crime:

This website uses cookies to improve your experience while you navigate through the website. Out of these, the cookies that are categorized as necessary are stored on your browser as they are essential for the working of basic functionalities of the website. We also use third-party cookies that help us analyze and understand how you use this website. These cookies will be stored in your browser only with your consent. You also have the option to opt-out of these cookies. But opting out of some of these cookies may affect your browsing experience.
Necessary Always Enabled
Necessary cookies are absolutely essential for the website to function properly. These cookies ensure basic functionalities and security features of the website, anonymously.
Functional
Functional cookies help to perform certain functionalities like sharing the content of the website on social media platforms, collect feedbacks, and other third-party features.
Performance
Performance cookies are used to understand and analyze the key performance indexes of the website which helps in delivering a better user experience for the visitors.
Analytics
Analytical cookies are used to understand how visitors interact with the website. These cookies help provide information on metrics the number of visitors, bounce rate, traffic source, etc.
Advertisement
Advertisement cookies are used to provide visitors with relevant ads and marketing campaigns. These cookies track visitors across websites and collect information to provide customized ads.
Others
Other uncategorized cookies are those that are being analyzed and have not been classified into a category as yet.
SAVE & ACCEPT
Ask a Question